Nyungwe is tucked away in the middle of tea Plantations, the biggest mountain rain forest on this side of the African continent can be a bit deceptive in its vastness if you simply catch a glimpse of it from a far. Nyungwe forest is probably the most preserved forest in Africa. Some say it is the most important site for biodiversity in Rwanda. It is home to over 1000 species of creation after all.

Nyungwe Forest is a tourist favourite with
those on safari in Rwanda.

The top things to see and do in Nyungwe forest in Rwanda which is also a land
of thousand hills is also home too many natural wonders and the forest is one of them. This forest also covers an area of over 1000 sq kilometers and it’s even larger than it extends into Burundi where Kibira National park.

This national park is also the largest tropical afro Montane rainforest east or central Africa and a rainforest it is and receives over 2000mm of rain each year and its Rwanda’s largest water catchment area and its home to 2/3rds of all Rwanda’s water.  The forest also feeds both the river Congo and the River Nile with water.

When you arrive in Nyungwe forest, you come here on the winding roads through the huge tea fields and then there is Nyungwe forest national park, like developing its massiveness like a national Geographic Video and only better since you are here in that large forest with its endless Kamiranzovu swamp, the trails through out, the forest canopy walk, which is the only one in East Africa, the chances for birding, the primate tracking and viewing and taking in the flowers like the orchids that are found here and the many butterflies that they attract.

Nyungwe is also not a compact park but large forest and the things to do and see here also take some planning as that your time on the safari is not wasted with drive times. You can also find over 300 different bird species, many butterflies, orchids, 75 mammal species including the 13 primates, and there have also been the sightings of the golden monkeys. Also the park is with its uncountable of the natural wonders and is not missed if you are coming to Rwanda and it will be one of those items to mountain gorilla tracking in Rwanda.

This national park is also a hiker’s paradise. There are also 13 hiking trails with over 130 kilometers of the trails through the forest. The visitors can also spend a good week as you are hiking the many trails, as you explore the ancient rainforest and discovering many habitants found in the forest.

The private hikes are also from one to eight hours in length and most can also be completed in case you are in reasonable physical shape. With your personal input, we can also arrange the hike that is right for you and will not be too active. Hiking in Nyungwe Forest is the time of discovering in a primal rain forest that will simply amazing may visitors with its fairy tale like appearance, its wildlife, birds, primates, plants, flowers, butterflies and the trees. 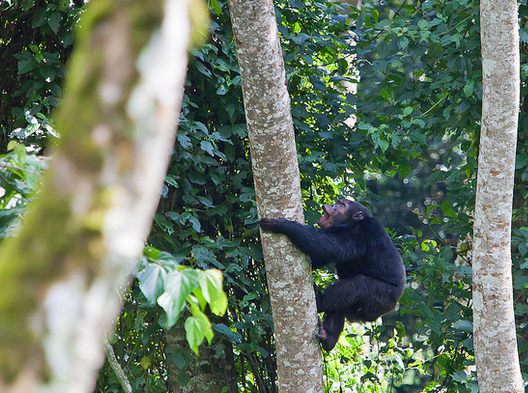 The park is also a good location where you can add chimpanzee trekking to your gorilla trek with in volcanoes national park without driving long distances. Chimpanzee trekking also starts in the morning and its best to carry a day pack where you have a couple of liters of water, have long trousers, the long sleeved shirt, rain jacket, the hiking boots and the hat. There will also be a maximum of over 8 people in your group that sets out to track the chimpanzees. These chimps at Nyungwe forest have been and are being habituated which means that they are used to human beings. Even though gorilla tracking, however, many set out to track these closest cousins as they play in Nyungwe forest national park.

There are also over 13 primate species that are found in Nyungwe forest. There are also unconfirmed sightings of the golden monkeys that have also been reported. Apart from chimpanzee trekking, you can also trek the grey cheeked Mangabeys and Ruwenzori colobus Monkeys in Nyungwe Forest. These monkeys can also be seen in large groups of up to 300 colobus monkeys.

Also as you track any of the primate group, you will likely see some other monkeys along the trek. These might include; L’ Hoest’s monkey, the Owl faced monkeys, Mona monkey and the blue monkeys. The forest is also a primate country and you can also trek the chimps, the gray cheeked and the Colobus monkeys in the ancient forest.

About Nyungwe Forest Canopy walk and the Hike

Nyungwe Forest has  300 bird species and 27 of them are endemics and are part of the species that are found in the forests of the albertine rift. For example the Grauer’s Warbler which is an albertine rift endemics hat can be found within the mountain swamps like the Kamiranzovou with in Nyungwe Forest .you can also find both the Rwenzori Turaco and the large blue Turaco. The sun birds of many types like the purple breasted and the blue headed sun bird and can be found in flowering trees. Nyungwe is also birder’s paradise and you will see many other things from the orchids to the primates during your birding walks with in Nyungwe Forest.

It has some amazing and breathtaking scenery and is a vantage point for picturesque views of the Virungas and the Congo. Nyungwe is nature at its very best. It is lush and beautifully green, often seen with cooling mists in the early mornings and late evening.

One of its exciting attractions besides all the animals and birds and trees, is the 50m high , 200m long canopy walk. This is a thrilling experience for many and this canopy walk is the only one of its kind in East Africa. There is also Mount Bigugu found inside the park.

Nyungwe forest has been in existence for thousands of years. But its more recent history is what we can speak of.

In 1903, during the colonial era, Nyungwe which was Colonial crown land was declared a forest reserve by the German colonial government. There was a period between 1958 and 1973, when the area reduced by due to fires, woodcutting and poaching of animals, the sq. km coverage of the forest reduced by a whole 150 sq. km. But the elephant population was still quite large. In 1974, the last of the buffaloes was killed. Fast forward to 1984, some biodiversity studies conducted in the area by the Wildlife conservation society revealed a vast population of Colobus living in groups of up to 400 members! Tourist and research facilities were later set up in Uwinka, but most of these were destroyed during the genocide in 1994.

Then the restoration work began in 1995, in an environment that was still riddled with paranoia and uncertainty. But the work went on and in 2005 Nyungwe forest was declared a national park and officially a protected area.

The designation of “National Park” is the highest protection level in Rwanda in terms of nature conservation.

Nyungwe Forest National Park was established as a national park in 2004. This happened at a time when Rwanda was on the list of top ten tourist destinations according to Lonely Planet ratings. The country was also decidedly looking to expand its tourism sector and determined to grow tourist numbers at the time. Clearly establishing Nyungwe was a good decision for Rwanda.

Nyungwe is an important water catchment for Rwanda and contains many natural resources that are quite useful to the Rwandan people.

The beautiful green forest is also quite important to two of Africa’s great rivers. Rain that falls on the east side feeds the Nile and on the west runs to the Congo.